Caring For Your Own Dead in Massachusetts

Some background on the Funeral Consumers Alliance of Eastern Massachusetts 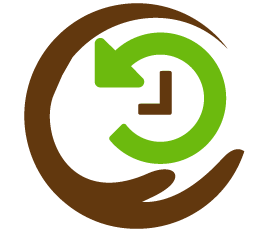 In 1993 Jan Buhrman Osnoss buried her mother without the help of a funeral director, believing that it was illegal but she “felt confident that we would not be arrested for our actions.” A hospice nurse had officiously given the death certificate to a local undertaker who filed it and obtained a burial permit. The undertaker made various demands that he handle the burial, for $1,900. After the burial was accomplished without his help, he settled for $100. Her whole story is printed in Lisa Carlson’s book, Caring for the Dead, Your Final Act of Love, 1998, Upper Access, Inc.

In later library research Jan found out that it was legal to do what she did. She also learned about Memorial Societies and joined the Boston-based Memorial Society which serves eastern Massachusetts. The Memorial Society had also been fooled by the funeral industry’s disinformation campaign and believed, as did Jan, that Massachusetts law required the use of an undertaker.

Except for the period 1905-1909, it has always been legal for persons to care for their own dead in Massachusetts; the General Laws are clear on that point, referring in all relevant sections to “undertaker or other person”.

In the last century people commonly cared for their own dead. Some families purchased the coffin from a carpenter or cabinet maker instead of making it themselves. Livery stables offered transportation services. The local sexton arranged for the grave diggers to open the grave.

The carpenter or cabinet maker or liveryman then began to “undertake” to care for the dead for those families which didn’t wish to handle it themselves. Thus the trade of “undertaker” began. The trade of embalming was separate from that of undertaking; undertakers or others hired an embalmer when that service was desired.

In 1905 the Legislature created the Board of Registration in Embalming. One of its first acts was to issue a rule that “No permits for removal, burial or disinterment shall be issued by boards of health, city or town clerks, selectmen of a town, or any other persons authorized to issue burial permits to any person or persons who have not been registered and received a certificate from the state board of registration in embalming.”

The regulation was determined to be invalid by the Supreme Judicial Court in 1909. The SJC found that “the refusal to permit one to bury the dead body of his relative or friend, except under an unreasonable limitation, is also an interference with a private right that is not allowable under the Constitution of the commonwealth or the Constitution of the United States.” [Wyeth v. Cambridge Board of Health, 200 Mass. 474]

The funeral directors did make an unsuccessful effort in 1962 to get the Legislature to amend the General Laws to forbid issuance of burial permits to non-undertakers.

Up to 1989 it was accepted that persons could care for their own dead. Few did so, perhaps because few were aware that the choice existed.

In 1989 a new MDPH Funeral Director’ Handbook, Death Registration, was published along with a revised death certificate form. The new instructions said: “Type or print the name of the funeral service licensee responsible for the disposition listed in #23.” and “Enter the personal state license number of the funeral service licensee.” This contrasts with the 1980 edition of the MDPH Death Registration Handbook which said: “The funeral service licensee or other person first assuming custody of the body and who is charged with completing the death certificate should be entered.” The MDPH also started orally advising local Boards of Health that it was against the law to issue burial permits to persons other than undertakers.

When The Memorial Society asked the MDPH why the change was made, the reply was that, in 1989, the Board of Registration had shown the MDPH the Board’s regulation forbidding issuance of burial permits to persons not registered by that Board. The regulation was still on the books. The Memorial Society presented documentation to the MDPH proving that the regulation in question had been found unconstitutional by the SJC. The MDPH was shocked the Board of Registration had not disclosed the SJC decision in the 1989 discussions and soon agreed that their 1989 revised instructions and their advice to Boards of Health was legally incorrect.

There followed a many-month period of negotiation with the MDPH about how to best correct the error. The MDPH informed the Board of Registration of these discussions. The problem, as always in such matters, was who should take the first step.

Byron Blanchard is a resident of Lexington, living 1/4 mile from town hall. He petitioned the Lexington Board of Health asking that they formally state that they would issue burial permits to “other persons” as stated in the law. It took 13 months of attending all their meetings. The Board of Health members asked tough questions, sought the opinion of Town Counsel and of the Board of Registration (which vigorously defended their regulation), carefully read the General Laws and the court decision, and in April 1996 voted unanimously that they would issue burial permits in accordance with the law.

The Board of Registration met with MDPH a few days later and issued a joint Memorandum of Understanding in which the Board of Registration withdrew its objections to the issuance of burial permits to non-undertakers. The MDPH agreed to issue guidelines to be handed out by local Boards of Health to non-undertakers seeking burial permits. The guidelines were to offer a summary of the General Laws governing the burial or other disposition of the remains and to advise persons to use universal precautions against blood-borne pathogens.

The MDPH issued the Guidelines on August 19, 1996 under a cover Memorandum addressed to Local Boards of Health, City and Town Clerks, and Other Interested Parties. These guidelines are published at http://www.state.ma.us/dph/dcs/burial.htm

Almost all towns now accept that the law allows persons to care for their own dead and so will issue burial permits to non-undertakers. Funeral Consumers Alliance of Eastern Mass (new name of The Memorial Society) will help with planning and in case of difficulties.