With green burial the body is not embalmed and the burial container is biodegradable: a box of cardboard, wicker, pine or other soft wood, or simply a shroud of natural fiber. There is no vault or grave liner. The container or the body is placed directly in the soil to decompose naturally. Proponents call it “traditional” because it reclaims the way in which nearly everyone was buried in the U.S. prior to the Civil War—a way still used in many countries around the world. Because in this process everything that goes into the ground is biodegradable, green burials enrich the soil.

A relatively new organization, Green Burial Massachusetts (GBM), began as a committee of the Funeral Consumers Alliance of Western Massachusetts (FCAWM), and became a joint project of FCAWM and the Funeral Consumers Alliance of Eastern Massachusetts (FCAEM) before becoming a statewide, volunteer-run organization. It provides educational programs about green or natural burial; advocates on behalf of those who want green burial for themselves or others; offers consultation to municipalities faith groups, and others considering green burial for their residents or members, and — primarily with land trusts — seeks land to establish the first Massachusetts green cemetery open to all. 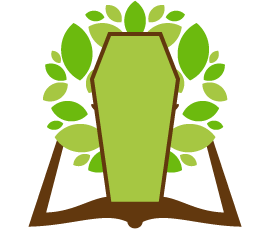